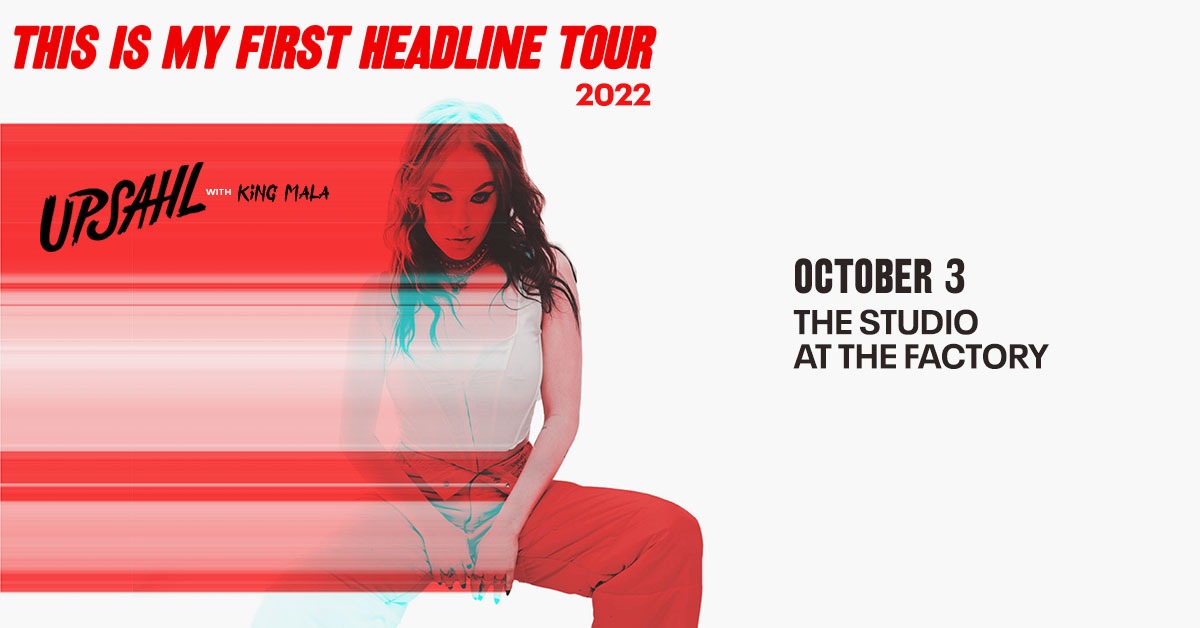 Early in her career, UPSAHL released songs which gained much-deserved recognition throughout the Phoenix music scene. As a graduate of the Arizona School for the Arts, she went on to ignite a groundswell of fan adoration and tastemaker praise by way of numerous indie alternative gems. “Can You Hear Me Now” achieved a palpable viral buzz followed by the widely praised single “Drugs”, which has been used in nearly 2,000,000 TikTok videos, reaching #6 on the TikTok Viral Chart, #1 Sound on the TikTok Trends Chart, and featured in clips posted by the likes of Charly Jordan, Alex French, Jason Derulo, and more.

2020 was a standout year where UPSAHL released her second EP Young Life Crisis, which Billboard crowned as one of the Top 25 Pop albums of 2020. UPSAHL undertook her first co-write on “Good in Bed'' for Dua Lipa’s GRAMMY Award winning blockbuster, Future Nostalgia, and lent her pen to Madison Beer on her fiery single “BOYSHIT,” as well as Mike Shinoda’s upbeat anthem “Happy Endings,” featuring her and iann dior. UPSAHL has also collaborated with Anne-Marie and Little Mix to co-write “Kiss My (Uh Oh),” a Top 10 single in the UK and with GAYLE on her latest track “e-z.”

In the fall of 2021, UPSAHL released her debut album ‘Lady Jesus,’ which anointed the singer as one of People Magazine’s “Talented Emerging Artists Making Their Mark in 2022” and “a musical force to be reckoned with” by Nylon. The project is an expansive collection of infectious alt-pop songs that radiate don’t f*** with me energy and showcase her “expert” (Alternative Press) storytelling. Over the years, UPSAHL has taken stages all over the world whether for her high-octane headline performances, or supporting acts such as Yungblud, Olivia O’Brien, PVRIS, BROODS, K. Flay & Fletcher.